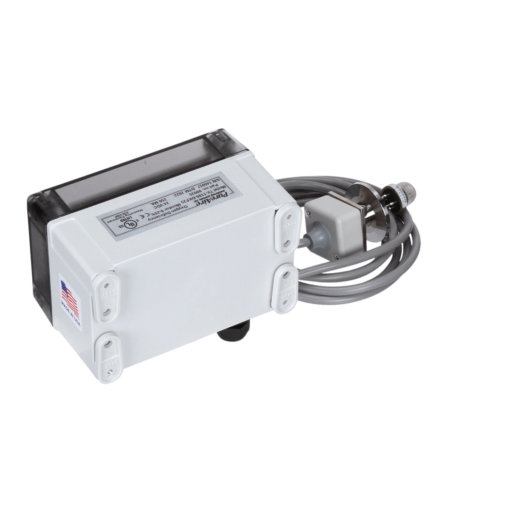 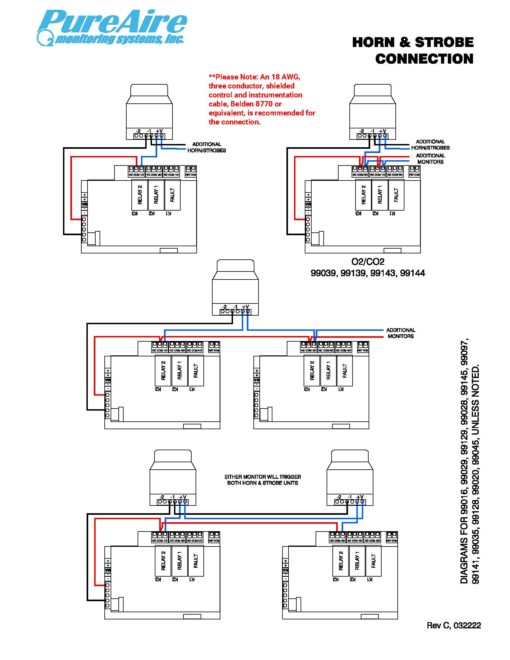 PureAire’s KF25 0-100ppm Trace Oxygen Analyzer is ideal for facilities requiring continuous monitoring of 3D printers, glove boxes, nitrogen gas lines, and vacuum chambers, as well as any locations where there is little to no oxygen present. The unit’s sensor mounts directly into the vacuum chamber with the use of a KF-type vacuum fitting. The analyzer is well suited for semiconductor tools, OLED manufacturers, 3D printing, and, any industry applications where inert gases, including, but not limited to, nitrogen, helium, and argon are used in a vacuum. PureAire’s stable, long-life zirconium oxide sensor will last many years in maintained environments without needing to be replaced.

The Trace Oxygen Monitor comes with a 10-foot cable and a 10+ year zirconium oxide sensor, which can be placed inside the vacuum for accurate readings. To monitor readings from outside, either connect the sensor using a 10-foot cable or K25 flange, then check readings and adjust the environment as necessary.

PureAire’s Trace Oxygen Analyzer can be used indoors or outdoors. Regardless of humidity, barometric pressure, or temperature changes, the oxygen analyzer performs reliably to safeguard your business. Even with a high electromagnetic field, this monitor can provide stable, accurate readings.

PureAire’s oxygen analyzers use a zirconium cell rather than an electrochemical sensor for increased reliability and longer-lasting performance. The zirconium sensor lasts for as long as 10 years with no calibration. Additionally, the zirconium sensor is very fast. In seconds, it can detect low oxygen conditions and sound an alarm to notify staff of low oxygen levels.

A KF-type vacuum fitting lets you mount the sensor directly into the vacuum chamber or into the load locks. By monitoring oxygen levels inside the vacuum, the Trace Oxygen Analyzer improves thru-put, since there’s no need to use an ambient environment as a medium for measuring oxygen levels.

Connects to DCS and PLC Controls

The Trace Oxygen Analyzer transmits readings directly to a distributive control system or a programmable logic controller, so you can easily check oxygen concentration levels inside the vacuum.

Unlike other zirconium cells, which need a reference gas to provide readouts, the Trace Oxygen Analyzer can operate without a reference gas. The Current Limiting Zirconium Oxide Oxygen sensor is superior at detecting low levels of oxygen, and it can be used in environments that contain no oxygen, for instance, 100 percent nitrogen environments. While other oxygen deficiency monitors may require semi-annual (or even more frequent) tunes-ups to work properly, PureAire’s Trace Oxygen Monitor provides constant monitoring, with no calibration required. A simple, periodic span adjustment may be necessary.  An optional nitrogen or argon challenge can be conducted for peace of mind.

The Trace O2 Analyzer comes in different configurations. Choose between the simple display-only monitor or a fully-featured monitor that comes with user-selectable alarms. No matter which display you choose, you’ll enjoy a sophisticated CPU, reliable performance, and peace of mind.

NIH – Protocol for Use & Maintenance of Oxygen Monitoring Devices 2021

How to Install O2 Sensor in 3D Direct Metal Printer Why do I need an oxygen deficiency monitor?

Oxygen deprivation is a silent killer. Oxygen-depleting gases, such as nitrogen, argon, and helium, are odorless and colorless, making leaks impossible to detect, unless appropriate monitoring is in place.

What gases can be detected with an oxygen monitor?

What is a 10+ year sensor? How does it compare to other types of sensors?

PureAire uses a proprietary, non-depleting, zirconium oxide sensor that will last up to 10 years in a normal environment without needing to be replaced.

PureAire’s sensors do not operate under partial pressure, meaning that a PureAire sensor will not need to be adjusted to account for different elevations. Additionally, the sensors will not drift due to changes in barometric pressure.

How often do I need to replace sensors?

PureAire sensors are built to last 10 years. Often, the sensors work much longer. In fact, some of our first customers who started using PureAire products in 1997 report that the sensors are still in operation today.

How often do I need to calibrate O2 sensors? What maintenance is required?

PureAire sensors are made of non-depleting zirconium oxide, and calibration is typically not required.

However, a visual check of the monitor should be done once a year to verify that the sensor is functioning properly, and span adjustments should be done, as necessary. The sensor requires periodic testing with nitrogen to verify the sensor’s response to low oxygen levels.

In contrast, electrochemical sensors, because they deplete over time, will need to be calibrated every 2-3 months and totally replaced every 1-2 years.

Switching to a PureAire non-depleting, zirconium oxide sensor will save you time and money, while ensuring the safety of your workers and facility.

Do I need to purchase calibration gas?

Why do some O2 sensors drift or read inaccurately?

PureAire’s non-depleting zirconium oxide sensor will not experience drift. Oxygen sensors from PureAire will provide long-lasting, reliable, and accurate monitoring for an average of10+ years.

How many oxygen monitors do I need?

The oxygen monitor covers an area of approximately 692 square feet when mounted on a wall and should be placed no more than 21 feet from potential leak sources such as gas lines, gas cylinders, or any areas where a gas leak might be expected to occur.

To ensure safety, the maximum distance between two monitors mounted to the same wall, should not exceed 30 feet. However, since cryogenic gases, such as argon, helium, and nitrogen, are unpredictable, we encourage you to contact PureAire for additional guidance specific to your needs.

Where should I mount an oxygen monitor?

There are other options for mounting an oxygen monitor. For instance, PureAire sensors can sample the air from up to 100 feet away, or be installed within a glovebox, freezer, sealed chamber, or even underground. PureAire monitors can also work in environments that require KF-25 flanges, as well as in nitrogen/argon enriched environments.

How to calculate response time when using sample tubing?

The response time when using the entire 100 feet of sample tube will take 3.5 minutes (100ft x 2seconds=200seconds or 3.5minutes) for the sample to reach the monitor.