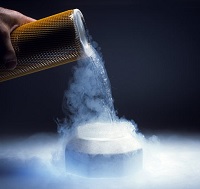 The word cryopreservation sounds like something from a science fiction movie. Maybe a man from the past was frozen in time, only to reawaken decades later, unharmed and unaware that he had been frozen at all.  Though this scenario seems far-fetched, on a smaller scale, cryopreservation is a commonplace practice in the 21st century.  […]