Why Should I Measure Oxygen Levels in a Room?

The air’s natural oxygen concentration is around 21 percent; however, natural oxygen in the air can be displaced by certain gases, including nitrogen and argon. If nitrogen were to leak in a closed space, oxygen levels would fall. Since nitrogen and other inert gases have no color or odor, it’s not as if you can spot a nitrogen leak occurring.

When oxygen levels fall below the safe threshold, which is 19.5 percent, health hazards may occur. With only a few breaths of oxygen deficient air, you could fall unconscious and suffocate. Given these safety risks, leak detection systems are necessary.

What is an Oxygen Monitor?

Oxygen monitors come with a range of features, including built-in alarms that go off when leaks occur. There is usually a loud alarm (designed to be heard over machine noise) as well as a flashing light. 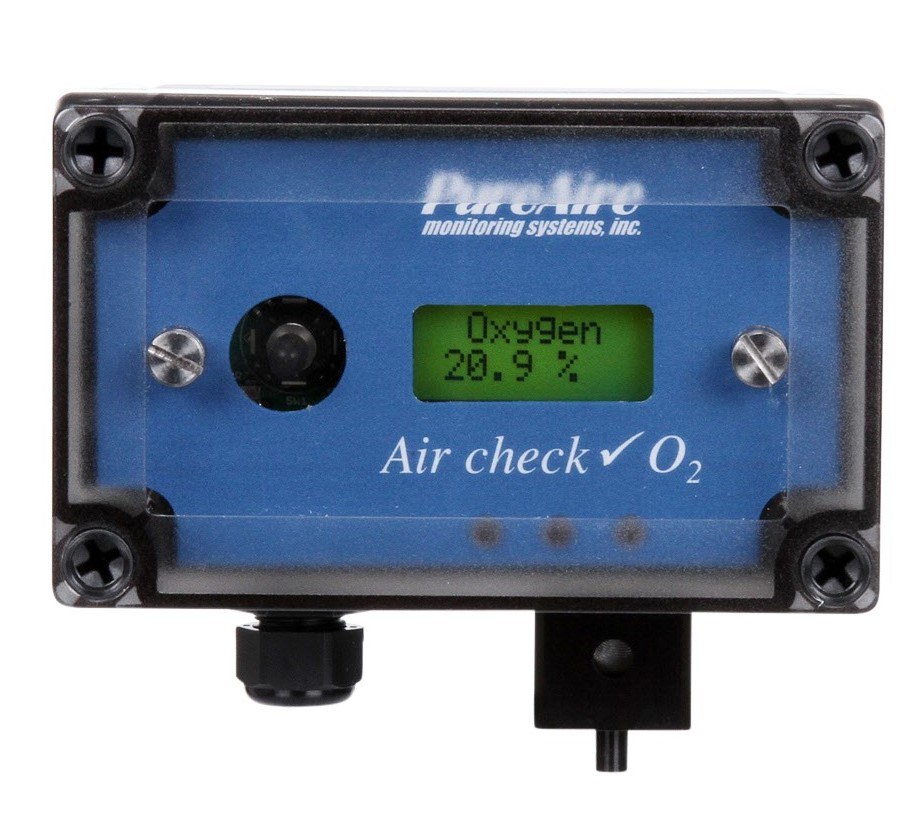 Where You Install an Oxygen Monitor?

Oxygen monitors should be installed anywhere there is a risk of gas leaks. Place one oxygen monitor in any room where you store inert gases and in any room where these gases are used. This way, if you have a helium, argon, or nitrogen spill — for instance, in a university science lab — the oxygen sensor will detect the lower levels of oxygen and sound the alarm.

How do You Install an Oxygen Monitor?

Oxygen monitors deliver peace of mind that your employees and your facility are protected from the hazardous side effects of a gas leak. They may be required by industry regulations. To get an industry-leading oxygen monitor that’s maintenance-free, look to PureAire.